#قدام_يالاخضر 442032497000+ sacbuk@uk.moe.gov.sa
الرئيسية / News / The Cultural Attaché Receives a Delegation from The College of Medicine and Dentistry from Queen Mary University 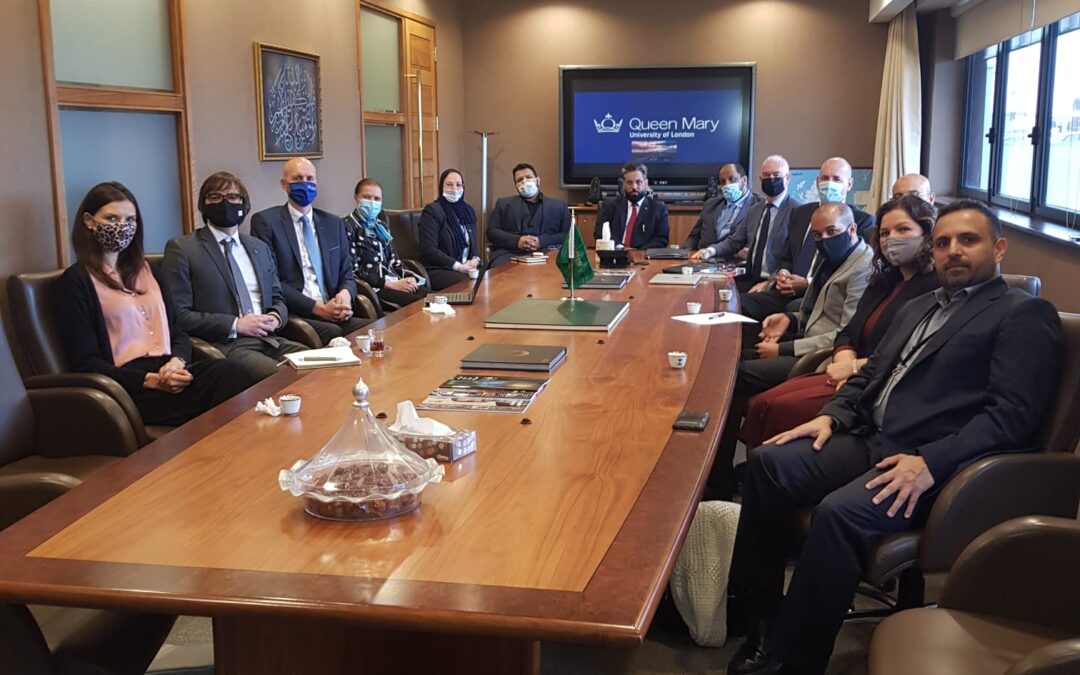 The cultural attaché, Dr. Amal bint Jamil Fatani, a delegation from Queen Mary of London. This visit came as part of the cultural attaché’s efforts to draw a plan help in enhancing cooperation between the Kingdom of Saudi Arabia and British universities and educational institutions.

Among the QM delegation were Deans of the College of Medicine and Dentistry, Professor Antony Warranes and Professor Coulthard, and were accompanied by two members of the University’s Global Partnerships office, Flora McKay – Director of the Office of Sponsor Relations and Employment, and Josh Ibrahim, Regional Director for the Kingdom of Saudi Arabia.

The meeting has included a presentation on dentistry by Professor Coulthard, a speech by Professor Antony Warranes about human medicine, and another speech by Professor Richard Grose about the College of Demand and Dentistry at Queen Mary University. In addition, a question-and-answer segment have taken a place.

This visit came after a delegation from the Cultural Attaché in the United Kingdom visited Queen Mary University earlier.

Queen Mary University expressed its aspiration to work closely with the Cultural Attaché in the United Kingdom to create new links and partnerships between the University and the universities of the Kingdom of Saudi Arabia. Dr. Fatani, in turn, expressed her gratitude for the visit of the Queen Mary University delegation to the attaché and thanked them for the useful and fruitful meeting, and expressed her aspiration for further cooperation and allowing the room to discuss matters of common interest.

The Director of Communication, Public Relations and Media Meets with Professor Matthew Walters from The University of Glasgow to Discuss Ways of Cooperation
The Seventh Anniversary of the Pledge of Allegiance
0